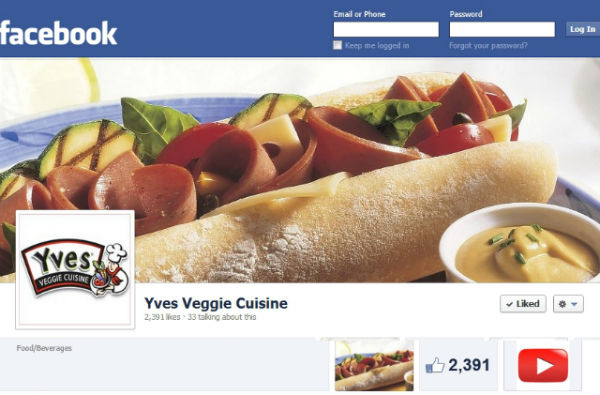 A recent report by Statistics Canada found that 31% of Canadian children aged 5-17 are overweight or obese and that Canadian boys are three times more likely than girls to be obese. Family obesity tied to poor nutrition remains a concern across Canada.

In order to raise awareness of this serious issue, Hain-Celestial Canada, McIlroy & King Communications and Reshift Media Inc. have combined forces to create a social media-based campaign to educate Canadians on the benefits of a low-fat approach to nutrition to promote healthier eating for the whole family.

Health-conscious information such as recipes using Yves Veggie Cuisine® products, nutritional facts and cooking techniques will be shared with Canadians through multiple social networks including Facebook, Google+, YouTube, Twitter and Pinterest. In addition, low-fat recipes will be distributed across many popular recipe websites to promote healthier choices. Other initiatives include the use of Google+ Hangouts and YouTube videos featuring nutritionists sharing valuable health information and cooking options.

For over 20 years, Yves Veggie Cuisine® has been committed to creating delicious products that meet the needs of health-conscious Canadians. With over 30 types of meatless products (including the popular Yves Veggie Ground Round and the award-winning Yves Veggie Chilli, which was named Best New Product in 2011), Yves Veggie Cuisine® provides nutritious vegetarian alternatives to ground beef, hamburgers, hot dogs, deli slices and other favourites foods because they do not contain meat.

“We are very excited to have partnered with two forward-thinking organizations in order to communicate the importance of healthy eating choices”, said Luisa Fernanda Nino Martinez, Senior Brand Manager for Hain-Celestial Canada. “We at Yves Veggie Cuisine® have long championed the benefits of low-fat, high quality vegetarian options to promote good health, and now we will be able to magnify our efforts through a one-of-a-kind social media approach.”

“It was important that we put together the right team for this important campaign”, added Julie McIlroy, Partner at McIlroy & King Communications. “With Yves Veggie Cuisine’s fantastic products, McIlroy & King’s deep media experience and the impressive social media skills and knowledge of Reshift Media, we will be successful in raising awareness on the benefits of a low-fat approach to nutrition.”

VP of Content and Social Media. Jen has worked in online journalism for a decade, most recently as the Managing Editor and Director of Dose.ca