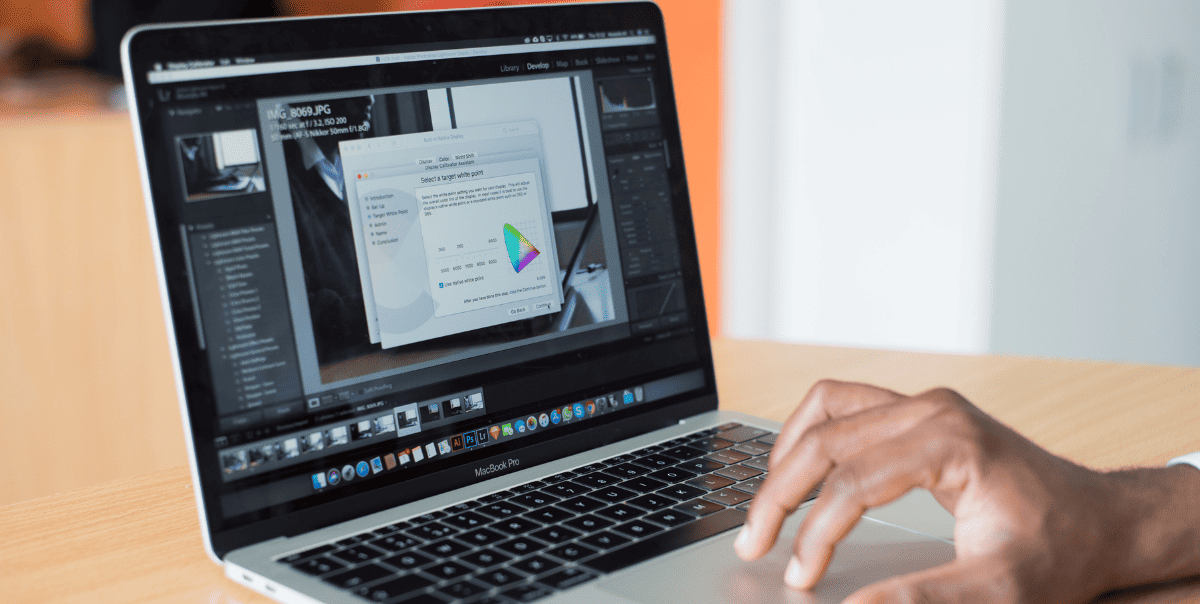 Creating accessible digital content is a critical way to reach as many individuals as possible. Find out the latest accessibility tips you can incorporate that aligns with WCAG guidelines.

Adding visuals alongside your written content on social media can help elevate your brand message, assist in your brand storytelling, and can increase engagement – but is your content accessible to all users on the platforms you’re posting on?

According to the World Health Organization, approximately 15% of the global population has a disability of some form, which is around one billion people. Additionally, up to 190 million people 15 years and older have significant difficulty in functioning, leading to the need for greater accessibility. Those with disabilities, such as visual or hearing impairments, may require certain tools in order to consume the content that those without impairments often do not consider. And while companies and businesses can’t control how accessible a social media platform is, they can control the content they create to be more inclusive and accessible for all.

You may already be familiar with Web Content Accessibility Guidelines (WCAG) and their guidelines, but how does this translate to the content posted on social media? Below we have outlined some of the ways you can create more accessible digital content on social media, allowing you to reach a greater audience as a result.

Video captioning has become standard on social media. You will often find auto-generated captioning on platforms like YouTube or TikTok, which is helping promote greater accessibility. However, there are still a number of marketers who do not utilize captioning on their videos, and even those that do may still not consider the accuracy of the captions.

There are two types of captions:

Which one is best? That comes down to the brand and the resources available. Open captions are great because the user does not have to worry about turning the captioning on since they are already in the video, and there is less risk that the captions will be incorrect (compared to if they were automatically generated). Closed captions, on the other hand, can often be zoomed in and translated, making it a popular choice to reach even more people.

While people with a hearing impairment often rely on video captioning, they are not the only ones. A study by Verizon Media and Publicis Media found that 50% of people say captions are important because they watch videos without sound. Meanwhile, 69% of people will watch a video without sound in public, while 80% are more willing to watch a video all the way through when captions are available. Meanwhile, 85% of Facebook videos and 80% of LinkedIn video views are viewed with the sound off.

It is clear that a significant number of users watch videos without sound, making captioning important to get your message across. And captioning has become even easier to add in a snap, such as on Instagram Stories and Reels, which has a majority of video content from users. Relatively recently, they provided a ‘captions’ sticker that users can add to their video that transcribes what they are saying. If you are a brand that often posts video stories on Instagram, adding in those captions can be beneficial for those watching without sound, and for those who require captioning.

Remember to always review/adjust the captions before posting a video to ensure accuracy, or use a third-party service like Subly to generate captions rather than relying on a social platform’s auto-generated captioning.

Audio descriptions can also be important when making your videos more accessible on social media. For people with a visual impairment, audio descriptions are exactly what you might think – they describe the audio. When a video is playing, the individual will have the chance to understand what’s going on in a scene, rather than relying only on the dialogue. You can find an example of audio descriptions here.

Currently, audio descriptions cannot be easily turned on or off on videos posted to popular social media accounts. As a result, you may want to consider uploading two videos – one without and one with audio descriptions. This extra step, especially on video content that is extremely important to your brand’s message, such as commercials, can make it much more accessible.

Alt text is copy appended to an image that describes what the image is and the context behind it. For people with a visual impairment, alt text allows a screen reader to produce synthesized speech to the image to them. Alt text can also be helpful when an image does not load properly on a website. In terms of search engine optimization (SEO), alt text also helps give a search engine more context behind the image when it crawls your context, which can assist when it indexes it.

When adding alt text, try and be as concise as possible, as screen readers often read to a maximum of 125 characters. While doing so, it is also important to use specific words that provide context to the image. Rather than saying “a woman at a desk…” you could add, “a female employee sitting at an office desk…”. You want to be as descriptive as you can. Also, try to avoid using “image of” at the start of an alt description; a screen reader will already know that it is an image, so get right to the description.

Alt text is available on popular social platforms like Instagram, Facebook, Twitter, and LinkedIn. On Facebook and Instagram, you can typically find this option in Creator Studio before the photo is uploaded, or in the picture’s settings once posted. For Twitter, you’ll find the option to add a description beneath the image, while you’ll find ‘add alt text’ at the top of the image on LinkedIn.

Keep in mind that not every image needs alt text – if it is purely decorative, there will usually be a box you can check indicating such. Also be sure to avoid adding the image title or the caption to the alt text box, as this will not be helpful for those who have a disability that requires their screen reader to describe the image.

Speaking of screen readers – are you someone that adds emojis to your copy on social media? This common practice can add some liveliness next to the text, but where you place them is important. Since emojis already have alt text embedded within them, a screen reader can relay to the individual what it is, but when the emoji is placed in the middle of a sentence, used in replacement of a word, or used as bullet points, it may not always fit the context you expect it to, especially when the screen reader tries to process the emojis and text. Instead, add emojis at the end of sentences or the end of a caption.

If you have ever wanted to know the meaning of an emoji or how it translates into text, check out this emojipedia.

Adding capitals to the first letter of each word in a hashtag, known as CamelCase (named as such because the capital letters look like the humps on a camel), allows a user to better understand the hashtag, making it more accessible – #ratherthanthis it #LooksLikeThis

Adding hashtags to posts is a great way to reach more people, but if there’s a sea of lowercase letters, it is not going to be useful. As well, a screen reader will take the hashtag as one word when it is all in lowercase, which does not offer any assistance to the individual who is consuming the content. Instead, a hashtag using CamelCase allows the screen reader to understand what the hashtag says, and it can assist those who may require reading assistance.

It is important to keep in mind how many hashtags you use. For those using a screen reader, it will take in each hashtag you add and speak it out to the individual. That means if you use 20-30 hashtags, that individual has to listen to each one. As a solution, you can add hashtags to the first comment of the post, which helps separate the caption and help the screen reader relay only the important points of the message.

An eye-catching design can do wonders for brands on social media, but how the visual is displayed is imperative. As a rule of thumb, there should always be enough colour contrast between the background and any text on the image. If the text has a light colour, it should be on a darker background (and the same the other way around). The best way to check colour contrast is with an online tool, such as the Contrast Checker by Web AIM.

Images with copy need a colour contrast ratio of at least 4.5:1, while text 18pt and larger and elements that convey meaning, like icons, buttons, and components of a chart/graph, require a 3:1 ratio.

Graphics that include strobing, bright elements on it can be difficult to view, and dangerous, for those prone to seizures. A flashing graphic or element(s) that flash more than three times per second, takes up a lot of space on the image, and has significant colour contrasts (light and dark) between the flashes can be dangerous. According to the Epilepsy Foundation, photosensitive people should not view flashes greater than three per second, while the flashing element should not go over 25% of the total area of the graphic. They have also found that a “saturated deep red” colour has a greater impact on those with epilepsy, as humans are more sensitive to a saturated red flashing. You can find out more about red flash thresholds here.

Since at least 2.2 billion people around the world have a vision impairment, creating visual content that better meets their needs, while also making your content that much easier to visually consume, is a win-win. For instance, colour blindness is a common condition and should be considered when designing graphics on social media. To better accommodate those with this condition, it is best to avoid using colour as a meaning. In other words, don’t only use red, for example, to indicate an error in a post. Instead, include text within the image (along with the colour) to portray any meaning you desire.

Here are some other quick tips to consider when choosing your font:

It is never too late to start adding greater accessibility to your designs on social media. Crafting accessible social media content can open your brand up to a wider audience and allow your content to be consumed by more people. Take your current content and see the areas you can improve – the extra steps are worth it.