I know; it sounds ridiculous. “Why would we live in the past?” you are probably wondering. What about the over-used “skate to where the puck will be” quote from Wayne Gretzky? Well, the problem is that it takes time for people to get moving on what they are talking about.  Habits are hard to change and money takes a lot of time to move from one area to another – particularly in the media industry. So you can try to skate to where the puck will be, but the secret is in the timing. Move too soon and you will get a lot of lip service with no action, move too late and you will have missed the opportunity. So, I like to think about it as “skating to where the puck used to be in order to end up where the puck actually is.”

To illustrate this point: we’ve all seen the time spent vs. advertising dollar chart that shows how disproportionate the advertising spend is in print compared to web and mobile. Over time we have seen some dollars flow from areas where people spend less time (notably print) to areas where they are spending more time (web), but the process is SLOW.

Someone not in the industry would rightfully conclude from this slide that there is a huge opportunity in mobile, so we should focus all of our energy there in order to be successful. Wrong. The bulk of the money will continue to be made in TV, print and even web, at least for now. But this makes no sense – if we all know that people are spending a growing percentage of their time on mobile then why doesn’t the money immediately flow to where the people are? The answer is that it takes time. Time for advertisers’ level of comfort and spending habits to change, time for monetization models to mature, time for expertise in new areas to develop. Time for the puck to get there.

Which comes back to the point. If you want to be where the action is, don’t focus on what people are talking about right now – the puck isn’t there yet.  It is still travelling forward based on what people were talking about 6-12 months ago. By this I don’t mean you should ignore what is being talked about – you absolutely need to be on top of what is happening in your industry – in fact, what people are talking about today tells you where the puck will be in the future. With all due respect to my country, I would also add one additional comment: Canada typically lags the US by about 8-14 months on any major trends. So if you are seeing major trends gaining traction in the US, be ready to jump on them in about 8 months or so.

To put a final exclamation point on this argument, I offer the following observations as someone who is very active in the media industry:

People were talking a lot about SEO in 2009 & 2010, but it wasn’t until 2011 where SEO as a discipline really took off in Canada. You saw this in the dollars spent, number of SEO people hired on staff and general activity in the industry.

What was all the rage in 2010 & 2011? Social media of course! Facebook and Twitter were growing rapidly and people were talking about the need to jump on the social media train. And many of the large companies did so. But the vast majority of mid-sized companies took a “wait and see” approach. And lo and behold – where is most of the action now (in 2012)? Why, in social media – imagine that!

And finally, what is it that everyone is talking about today? Mobile and geolocation. And where is the money? In social, of course – didn’t you read the previous bullet point? Make no mistake, mobile and the power of local geo-data is incredible and it will change the game in the media world. But not yet. Stay tuned for mobile to be HUGE……..next year.

So what lessons can be learned here? Well, the biggest lesson I have learned through my experience is that jumping on a current trend will get you into a lot of meetings and result in some very interesting and sometimes exciting conversations. But it generally will not generate a lot of action or dollars in your pocket. People are excited about the “latest thing” but are not quite ready to jump on it just yet. So you can absolutely skate to where the puck will be, but you might have to wait awhile for it to get there. 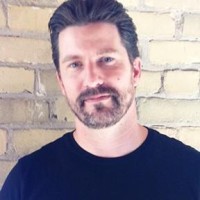