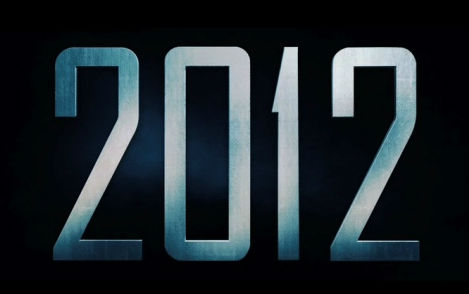 As the year comes to a close, we’re taking a look back at the things that got us clicking, watching, liking, tweeting and downloading in 2012.

Most Viewed Video
YouTube trends manager Kevin Allocca evaluated views, shares, searches, parodies, remixes and responses to determine the ten most talked-about videos of the year. PSY’s “Gangnam Style” topped his list (and might actually surpass 1 billion views by the end of the year), while Canadian band Walk Off the Earth’s acoustic cover of “Somebody That I Used to Know” came in second. Youtube even invited some of their chart toppers to star in a funny mashup of the year’s culturally defining videos.

Most Viewed Video Ads
PSY and Felix Baumgartner weren’t the only ones competing for our eyeballs. It was also a big year for commercials on YouTube. A Nike ad featuring some of the biggest soccer stars in the world was the most-viewed ad of 2012, while Old Spice managed to get four commercials in the top 20.

Most RT’d Tweet
The tweet President Obama sent on election night when the media declared he had won Ohio quickly became the most popular tweet of all time, dwarfing previous record-holder Justin Bieber.

Most Popular Social Celebrity
He may no longer have the most popular tweet, but Justin Bieber still reigns supreme on social media. He edged out Lady Gaga as the most social celebrity by having 31.5 million Twitter followers, nearly 49 million Facebook fans, and over 3 billion views on his YouTube channel.

Most Searched Person
The late Whitney Houston became the top trending search of 2012 on Google, while Kim Kardashian was the most-searched celebrity on Bing.

Top Google Doodle
For the first time, Google has released the year’s 10 most popular Doodles.  The interactive soccer game that ran during the Summer Olympics topped the list (though we’re more partial to the Halloween-inspired interactive haunted house).

Most Popular Song/Album
No surprise here: the earworm we just couldn’t escape no matter how hard we tried (Carly Rae Jepsen’s “Call Me Maybe”) topped iTunes’ list of the most downloaded songs of 2012, while Adele’s 21 continued to dominate the most downloaded album chart. On Facebook, the most played song was fun.’s “We Are Young.”

TV Show with the Most Social Buzz
2012 was the year “second screen experience” entered the lexicon. Appointment viewing returned, with TV audiences using tablets and smart phones to comment on what they were watching live. It turns out that social buzz doesn’t necessarily translate into big ratings: this year’s most talked about TV show on social media was (surprisingly) SpongeBob Squarepants, followed by The X Factor and The Voice.

Most Popular Apps
On iTunes, Angry Birds Space topped the charts in the paid app category for both iPad and iPhone, while Microsoft’s Skype was the most downloaded free app.