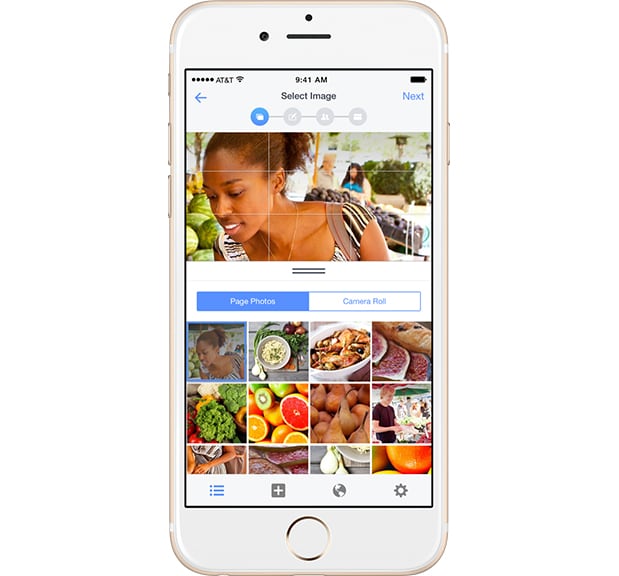 With more than 2 million active advertisers, Facebook continues to look for ways to make it easier for brands to spend their ad budgets on the social network. Today, Facebook announced the launch of their new Ads Manager app, allowing advertisers to create and manage campaigns on the go.

The app is Facebook’s latest nod to its increasingly mobile audience. Last summer, Facebook integrated its Ads Manager tool as part of its mobile site and mobile app for iOS and Android devices.  Facebook says the mobile feature is now used by 800,000 advertisers each month, representing approximately 40 per cent of active advertisers. (An active advertiser is someone who’s placed an ad in the last 28 days.)

The new Ads Manager app is designed for advertisers who want to manage their ads on the go. This new app will allow users to:

Push notifications will alert advertisers to things like ads that are about to expire, when they are approaching a spending limit and other metrics. This app’s interface makes it easier for advertisers to develop a new ad from scratch by selecting photos from their phone..

In recent months, Facebook has been actively courting new advertisers, especially small businesses, by reducing the amount of ad units and streamlining the process. Simplifying the way advertisers create campaigns has led to huge growth for Facebook; today’s announcement that they’ve crossed the 2 million active advertisers threshold comes less than two years after they reached 1 million advertisers milestone in June 2013.

“A couple years ago, our offering was, ‘Do you want to become a Facebook advertiser?’ That sounds complicated,” Facebook’s chief operating officer Sheryl Sandberg tells Time. “Now you do a post, and we ask, ‘Do you want to promote this post?’ That’s a pretty easy on-ramp to being an advertiser.”

It’s becoming increasingly important for brands and small businesses to create ad campaigns in order to gain visibility on Facebook, as algorithm changes continue to limit the organic reach of business pages.

Facebook Ads Manager for iOS is already available in the US and will be available worldwide in a few weeks. Facebook says it is planning to develop the app for Android later this year.