How to Host a Google Hangout Video 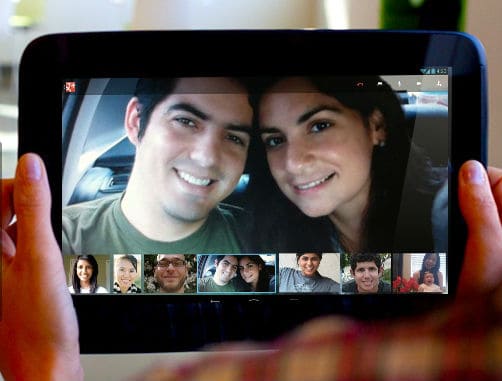 Google Hangouts are becoming an increasingly popular tool for video chatting, hosting virtual meetings and conferences, and broadcasting live events, thanks to its ease of use and constantly improving functionality. Whether you’re chairing a private meeting with coworkers or a hosting live chat with a celebrity guest, it’s a great free tool that allows you to present and record video conferences up to four hours long.

All of the improvements (there are now 850 hand-drawn emoji!) help to make Google Hangouts a singular communications hug, but one of the best components of Hangouts remains the video chat tool. Here are some tips to consider before hosting your first video Hangout.

Invite Users
A video Hangout can host up to 10 people (though even more can watch it live on Youtube – more on that below). In order invite people to a Hangout, all users will need a Google account. It’s easiest to invite people who are already in your Google Plus circles (otherwise, you’ll need to email them a link to the Hangout). You can also integrate your Hangouts with Google Events to send out invites, and you can even invite people who can’t video chat to join via telephone. Anyone participating in the Hangout can invite others, not just the moderator.

Consider Audio Quality
If each of your participants is on a fast connection, consider asking them to select “studio mode” for the best possible audio quality, especially if you’re broadcasting a performance. If bandwidth is an issue, stick to “voice mode.” Ask your participants to wear headphones to reduce echoes. Google will shift the focus between panelists based on who is talking/making noise, so ask everyone onscreen to refrain from typing during the Hangout (or mute themselves when they’re not talking). Otherwise, the Hangout host can override Google’s toggling by using the Cameraman app, which enables them to hide/mute people or bring them into the forefront.

Start Early
Invite your fellow panelists to join you a few minutes before the scheduled start time to test everyone’s webcams and audio levels. The Hangout won’t go public until you hit “start broadcast.”

Incorporate Documents, Graphics and Video
Hangouts allow you to incorporate Google apps like Drive and YouTube, allowing you to view and update documents, stream videos, add fun effects and more. You can also display a graphic title for each participant using an app like Hangout Lower Third, and take screenshots of your Hangout using the Capture tool.

Share Your Screen
Select ‘Screenshare’ mode and choose what you’d like your audience to see: your entire desktop or a particular window. Also, Google recently introduced functionality that allows someone else to take over control of a moderator’s screen if they have to step away for a bit or require tech support. Just click View More Apps –> Add Apps –> Hangouts Remote Desktop.

Stream Your Hangouts on Air
Last fall, Google introduced Hangouts on Air, which lets you stream your Hangout on Google + and YouTube, allowing an unlimited number of viewers to tune in. Before you can use the Air functionality, you need to verify your YouTube account, which will allow you to post videos longer than 15 minutes. You can embed the Hangout on any website using the YouTube embed code. You can also choose to save the Hangout as a YouTube video for later viewing. By default, the video that is created will be set to “public.”

Do you use Hangouts? Post your best tips and tricks in the comments below!